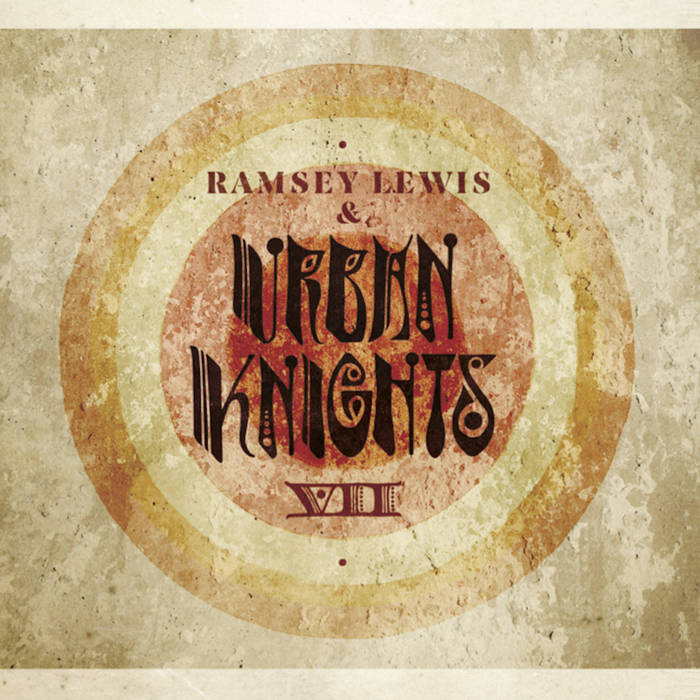 The Ramsey Lewis Trio, with bassist Eldee Young and percussionist Redd Holt, became a fixture on the Chicago jazz scene, releasing their debut album, Ramsey Lewis & His Gentlemen of Jazz, back in 1956.

Lewis earned his first gold record, as well as a Grammy award for Best Jazz Performance, for their swinging version of Dobie Gray’s hit “The In Crowd.” He returned to the pop charts in 1966 with versions of “Hang On Sloopy” and “Wade In The Water.” Throughout the years, Lewis’ trio has undergone membership changes, all the while staying true to Lewis’ high musical standards.

After Young and Holt left Lewis’ trio to form their own group, the pianist hired a new rhythm section with Cleveland Eaton on bass and Maurice White on drums. When White left the band to form Earth, Wind & Fire, Morris Jennings signed on as the trio’s new percussionist. White returned to produce Lewis’ 1974 smash album entitled Sun Goddess, in which Lewis first experimented with electronic keyboards and featured Earth, Wind & Fire on the album. In 1983, Lewis returned to the studio with Young and Holt for the album Reunion.

Throughout his illustrious career, Lewis who is a NEA Jazz Master, has also joined forces with countless other artists to create new and innovative music. In 1984, he collaborated with Nancy Wilson on The Two of Us, in 1988 he recorded with London’s Philharmonic Orchestra for the album A Classic Encounter, and in 1989 Lewis and Dr. Billy Taylor cut a set of piano duets in We Meet Again. In 1995, Lewis launched the side project Urban Knights, in which he collaborated with a handful of successful crossover jazz stars, including Grover Washington, Jr., Earl Klugh, and Dave Koz. In 1997, Lewis added disc jockey to his resume, hosting a popular show on Chicago’s WNUA-FM that ran until 2009.

A new show was syndicated in 2006 under the name Legends of Jazz with Ramsey Lewis and was broadcast on jazz radio stations across the country. In 2006,a well-received 13-episode Legends of Jazz television series hosted by Lewis was broadcast by PBS on public TV nationwide and featured live performances by a variety of jazz artists including Larry Gray, Lonnie Smith, Joey Defrancesco, Dave Brubeck, Chick Corea, Kurt Elling, Benny Golson, Pat Metheny and Tony Bennett. Lately, Ramsey has been touring with Philip Bailey (Earth, Wind & Fire), John Pizzarelli and Ann Hampton Callaway.

After having played for years in an acoustic trio, Lewis returned to his electric roots. The three time Grammy winner released a new CD Taking Another Look – Deluxe Edition, featuring a new electric quintet with Henry Johnson on guitar, Michael Logan on keys, Joshua Ramos on bass and Charles Heath on drums. On the CD, Lewis rekindles his 1974 career-defining album Sun Goddess through a collection of re-recorded tracks from the original disc perfectly balanced with five new tunes. “Jungle Strut” had all the attitude of its 1974 original and Lewis made magic on the Fender Rhodes in “Tambura.” And rather than re-recording the title track “Sun Goddess”, Lewis beautifully re-edited the original studio recording featuring Earth, Wind and Fire. Lewis and his Electric Band breathed new life into classic covers, such as the high octane rendition of Stevie Wonder’s “Living For The City” for which Ramsey shot a great video and the tender interpretation of the timeless “Betcha By Golly Wow.”

The CD also featured three bonus tracks. The legendary Dr. John served up some Cajun style funk with his rendition of “Jungle Strut”. Then up and comers and jazz fusion funksters Kung Fu turned in a mesmerizing version of “Tambura.” Finally, TAUK delivered an amazing take on “Sharing Her Journey” that clearly established them as a band to watch. "I've recorded maybe 70-80 albums, and this album is definitely among the top five" said Lewis.