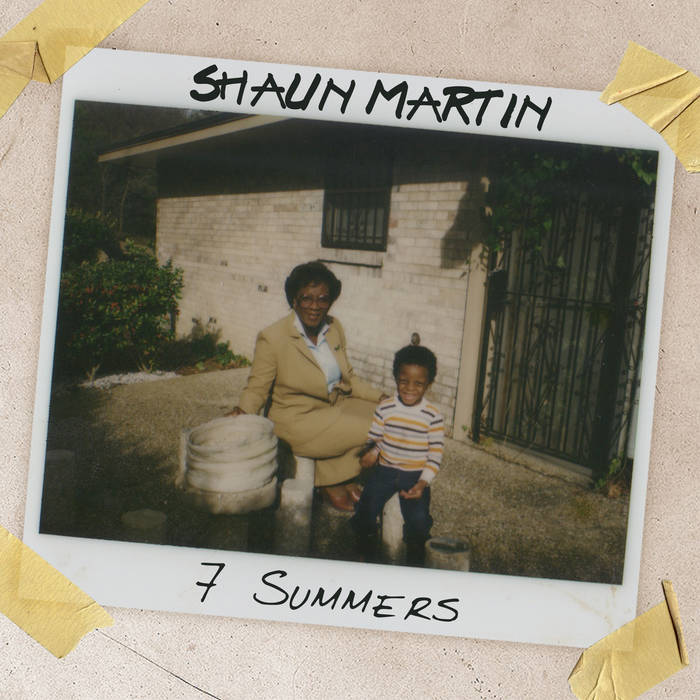 jjSax Awesome musicianship, that is technical but melodic. Familiar but different. Favorite track: The Yellow Jacket.

Rob O. Not one bad track on the album. A little bit of Stevie Wonder, Soul, Jazz. The album is also personal and I like that it has a theme. Let's hope the next one doesn't take 7 years. This man's talent is too good to wait that long! Favorite track: All In A Days' Work (feat. Geno Young and RC Williams).

Corey Meeks Shaun Martin must be a fan of The Yellowjackets because he masterfully captured the essence of their sound while making it his own. Very hard to do, and well done! Favorite track: The Yellow Jacket.

Paul Bosma From my first discovery of the puppies on, Shaun was my biggest idol. And now you surprise me again with great album! Enjoying it everyday! Thank you!! Favorite track: Madiba.

Seven years ago Shaun began a project of his own. A story of his life, a contribution to the world of music from his eyes (and ears). In demand by many, Shaun took his time with the album as the story expanded to include a wider range of experience. And so, on July 7 we present to you SEVEN SUMMERS - a big chapter in the history of the great Shaun Martin. Seven Years. Seven Summers. Seven Seven.

Seven Summers is an album that was clearly well thought out; a refreshing feel in today’s world of instant production.
"I’d say that 7 Summers is a chronicle of growth in character and perspective. As I grew over the last seven years, I experienced so much and I wanted to translate that through the music and lyrics....” (Shaun Martin)

Executive Producer - Shaun Martin
All Songs Written, Arranged, and Produced by Shaun Martin
Recorded at Nomad Studios and Studios at 2909 by Eric Hartman
Recorded at Luminous Studios by Tre Nagella
All songs Mixed by Eric Hartman
Strings recorded at Studio A by Todd Fairall
CD Cover art and graphics by Jirad for Digibees Productions
Mastered By Scott Hull and Kevin Peterson at MASTERDISK