by The Royal Krunk Jazz Orkestra 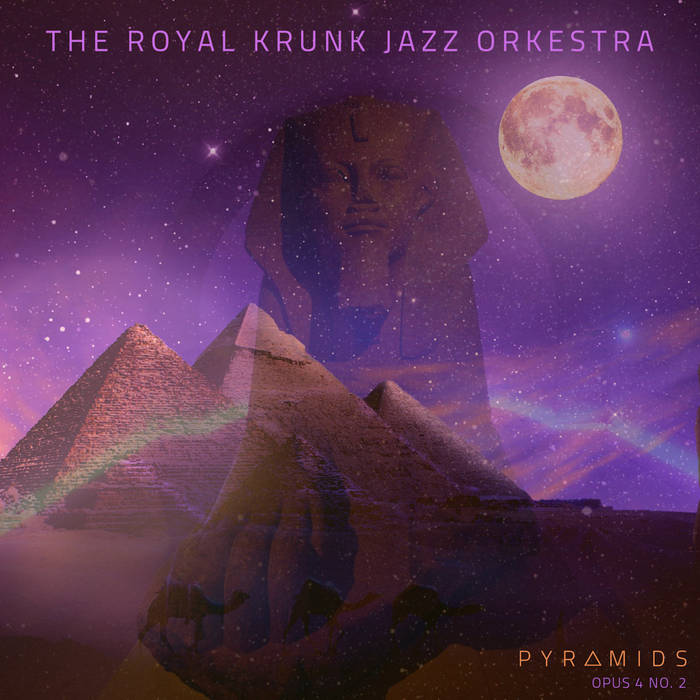 Malcolm Miller There are not enough large format Jazz ensembles. This band and Ezra Weiss are ones worth noting. Favorite track: Black Indian Rain Dance.

“Egyptologists” and most “historians” have for many years purposely hidden, stolen, laid claim to, and falsified the clear evidence that thousands of years ago the Nubian and Kemetic people and cultural systems populated every land mass on earth, and built monuments that stand to this day even as other cultures and people lay claim to their origin.

This Suite is dedicated to the ancient African Pyramid builders, who’s magnificent monuments have defied time to reveal the truth of the origins of people, science, mathematics, art, engineering, navigation, music, religion, and subsequent cultures.

My name is Mtafuta Ukweli and I seek truth. – Russell Gunn

These are excerpts from the liner notes of the new project from The Royal Krunk Jazz Orkestra, immediately signaling that Russell Gunn has arrived at a profound sense of history and purpose with the creation of this recording, titled Pyramids. While the signature sound of this ensemble is clearly similar to the 2018 release Get It How You Live, the scope and power of the project is evident from the epic lift in the first track. It is clear we are in the process of a grand story in orchestral style, with all musical parts of the African Diaspora retelling the story of the (African) Egyptian Kings in proper glory.

Russell describes Pyramids as the second in a trilogy that began with 2016’s The Sirius Mystery. The Orkestra has clearly benefitted from persistent collaboration in a live setting, and the message is tailored and refined. At 33 minutes in length (though it feels much longer), Pyramids captures the listener’s attention and holds it straight through, feeling like one extended cinematic piece. Dionne Farris shines with soaring vocals, while Terreon Gully and Lil John Roberts drum on separate channels. It is clear the vision is extraordinary, and the attention to orchestral detail is at a high point.